Whatever its complexity, an economy stands or falls upon very basic foundation stones.

Individuals must be free to think and act on their decisions.

They must be able to gain the rewards of being right and must bear the cost of being wrong.

They must be able to concentrate on what they do best, and what they most enjoy doing, instead of spending their time providing for their immediate wants.

They must be able to make provision for the future by preserving a portion of what they have produced.

And to do that to the greatest and most efficient extent possible, they must trade with each other.

A person alone in nature can certainly think, act, and gain the rewards of being right or bear the cost of being wrong.

He can also, by means of great effort, put aside savings, but only for a limited period of time.

Indeed, anyone alone in nature has no choice but to do these things, if he is to survive at all!

In our advanced economy, physical survival is not often an issue.

But all the imperatives which confronted Robinson Crusoe still apply.

The extent to which individuals can think, work, produce and trade freely determines the potential of the economy.

The confidence with which individuals can save and invest long term determines the prosperity of the economy.

To save, invest, and plan for the long term is a luxury not granted to anyone alone in nature.

It is the exclusive preserve of those living in an advanced economy.

Finally, an advanced economy must, by its nature, be one in which there is indirect exchange, using money.

In the place of the seed corn and the week’s supply of food, there is money.

In the place of labouring all day to procure one’s immediate needs for food and shelter, there is money.

In the place of never being able to rest on the fruits of past effort, there is money.

In the place of being at the mercy of nature or dependent on the nature of mercy, there is money.

That is what money does!

The future of any civilized society is dependent on the quality of what can or is used as money!

Money can also be described as an asset.

Assets not immediately consumed can be turned into investments. 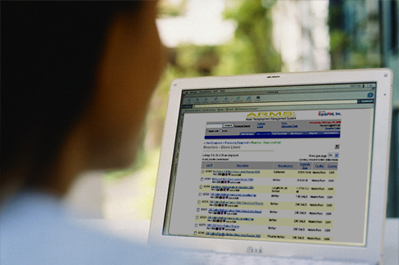 Investments are falling into one of two following main categories:

The distinction between the two rests with whether or not the asset in question can be physically touched.

Real assets, also known as tangible assets, may be broken down into three groups:

2. Commodities, such as gold and silver and

In part due to their finite supply or unique characteristics, real assets normally show the best appreciation when inflation is high.

Financial assets, sometimes referred to as intangibles, are separated into three areas:

Each category has its own risk and reward characteristics.

A stock represents an ownership stake in a company and provides the stockholder with a slice of the company’s profits.

A bond reflects a loan made by an investor to either a government or a corporation.

To compensate the investor for making a loan, the borrower agrees to pay back the principal sum of the loan plus interest payments on the principal.

The third component of the financial asset menu is cash, though this does not equate with the paper stuff in your pocket.

In the investment world, cash is lingo for an asset that is virtually riskfree, such as a bank certificate of deposit.

Over the course of a lifetime of investments, each type of financial asset will have its place in your portfolio.

Stocks are used to build wealth due to their capital appreciation potential, while bonds offer income, and cash is valued for its safe-haven characteristics.