Central banks have not always existed. In early economies, governments would supply currency by minting precious metals with their stamp.

No matter what the creditworthiness of the government, the worth of the currency depended on the value of its underlying precious metal.

A coin was worth its gold or silver content, as it could always be melted down to this.

A country’s worth and economic clout was largely to its holdings of gold and silver in the national treasury.

The advent of paper money during the industrial revolution meant that instead of gold, all that was needed to produce more banknotes was paper, ink and a printing press.

Because of the skepticism of all concerned, paper money was backed by a “promise to pay” upon demand.

This meant that rather than accepting whatever happened to money supply, they would actively try to influence the amount of money available.

This would influence credit creation and the overall level of economic activity.

Modern monetary policy does not involve gold to a great extent. In 1968, the United States rescinded its promise to pay in gold and effectively removed itself from the “gold standard”. 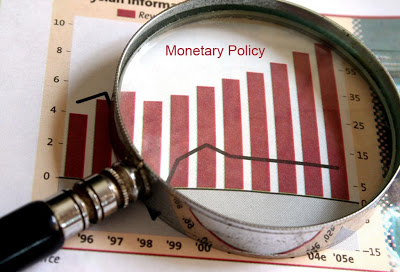 Since then, it has been the job of any country’s Central Bank to control the amount of money and credit in its economy.

In doing this, it wants to maintain the purchasing power of its currency and its comparative worth to other currencies.

“Narrow” money supply or M1 is currency in circulation and the currency in easily accessed chequing and savings accounts.

“Broader” money supply measures such as M2 and M3 include term deposits and even money market mutual funds.

Economists debate the finer points of the implementation and effectiveness of monetary policy but one thing is obvious.

At the extremes, monetary policy is a potent force.

In countries where the printing presses run full tilt to pay for government operations, money supply is expanding rapidly and the currency becomes rapidly worthless compared to goods and services it can buy.

Very high levels of inflation or hyperinflation is the result.