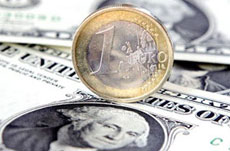 Reading a foreign exchange quote may seem a bit confusing at first. However, it’s really quite simple if you remember two things:

1. The first currency listed first is the base currency and

2. The value of the base currency is always 1.

The US dollar is the centerpiece of the Forex market and is normally considered the ‘base’ currency for quotes. In the “Majors,” this includes USD/JPY, USD/CHF and USD/CAD.

For these currencies and many others, quotes are expressed as a unit of $1 USD per the second currency quoted in the pair. For example, a quote of USD/JPY 120.01 means that one US dollar is equal to 120.01 Japanese yen.

When the US dollar is the base unit and a currency quote goes up, it means the dollar has appreciated in value and the other currency has weakened.

If the USD/JPY quote we previously mentioned increases to 123.01, the dollar is stronger because it will now buy more yen than before.

The three exceptions to this rule are the British pound (GBP), the Australian dollar (AUD) and the Euro (EUR). In these cases, you might see a quote such as GBP/USD 1.4366, meaning that one British pound equals 1.4366 U.S. dollars.

In these three currency pairs, where the US dollar is not the base rate, a rising quote means a weakening dollar, as it now takes more US dollars to equal one pound, euro or Australian dollar.

Currency pairs that do not involve the US dollar are called cross currencies, but the premise is the same. For example, a quote of EUR/JPY 127.95 signifies that one Euro is equal to 127.95 Japanese yen.

When trading forex you will often see a two-sided quote, consisting of a “bid” and an “offer.”

The “bid” is the price at which you can sell the base currency — at the same time buying the counter currency.

The “ask” is the price at which you can buy the base currency — at the same time selling the counter currency.