On Monday, October 19, 1987, the Dow Jones Industrial Average declined 22.6% in the largest single-day drop in history.

This one day decline was not confined to the United States, but mirrored all over the world.

Black Monday, as it has become known, was almost twice as bad as the stock market crash of October 29, 1929.

The 1929 decline approximated 11.7% and started the Great Depression.

The Securities Exchange Commission, academic professors, financial writers and every financial security firm has analyzed the stock market crash of 1987 in about every way possible.

Some believe the market crash was caused by an irrational behavior on the part of investors.

Some analysts believe that excessive stock prices and computerized trading were the cause.

The key finding is that no single news event occurred that could account for the crash!

The stock market was doing quite well for the first nine months of 1987.

It was up more than 30%, reaching unprecedented heights.

That was after two consecutive years of gains exceeding 20%.

The three day drop was caused by several macroeconomic factors. Long-term bond yields that has started 1987 at 7.6% climbed to approximately 10%.

This offered a lucrative alternative to stocks for investors looking for yield. 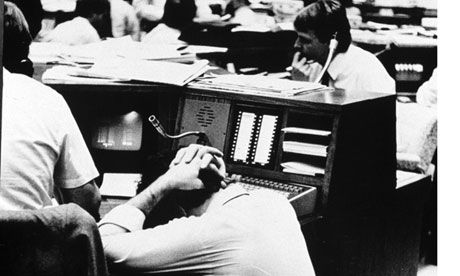 The merchandise trade deficit soared and the value of the U.S. dollar began to decline.

After a speech by Treasury Secretary Jim Baker, investors began to fear that the weak US dollar would cause further inflation.

On Monday, the Dow dropped about 200 points or 9% in the first hour and half.

Portfolio insurance was destabilizing because it required selling stock as prices declined.

As the market did not have the liquidity to support the sales, the stock market fell even further.

Buyers waited, knowing the more the market dropped, the more selling would have to take place.

One important lesson came out of this 1987 stock market crash:

Investors who sold, were taken to the cleaners…

Those who held and continued a disciplined and systemic approach received rewards!

In fact, by the end of 1987, total return for the year, including dividends, approximated 5%.