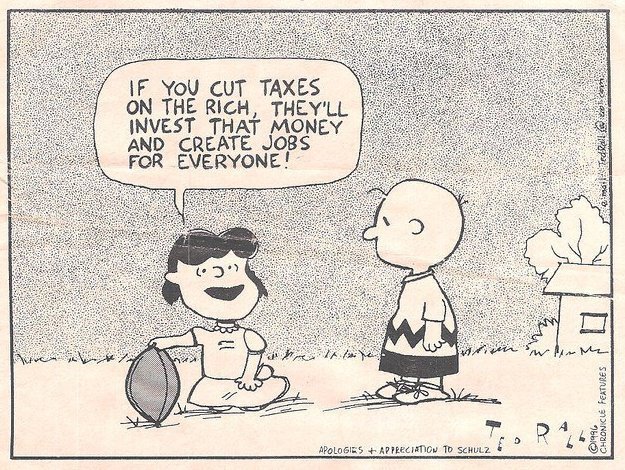 Supply-side Economics is a school of macroeconomic thought that argues that economic growth can be most effectively created by lowering barriers for people to produce (supply) goods and services, such as lowering income tax and capital gains tax rates, and by allowing greater flexibility by reducing regulation.

According to Supply-side Economics, consumers will then benefit from a greater supply of goods and services at lower prices.

The term “Supply-side Economics” was first used by Herbert Stein, a former economic adviser to President Nixon, in 1976.

Its use connotes the ideas of economists Robert Mundell and Arthur Laffer.

Supply-side Economics developed in response to Keynesian economic policy, and in particular the failure of demand management to stabilize Western economies during the stagflation of the 1970s, in the wake of the oil crisis in 1973.

It drew on a range of non-Keynesian economic thought, particularly the Chicago School and Neo-Classical School.

However, what most separates supply-side economics as a modern phenomenon is its argument in favor of a low tax rate for primarily collective and notably working-class reasons, rather then traditional ideological ones.

The difference is an important one!

Classical Liberals opposed taxes because they opposed government, taxation being the latter’s most obvious form.

Their claim was that each man had a right to himself and his property and therefore taxation was immoral and of questionable legal grounding.

Supply-side economists, on the other hand, argued that the alleged collective benefit (i.e jobs) provided the main impetus for tax cuts. 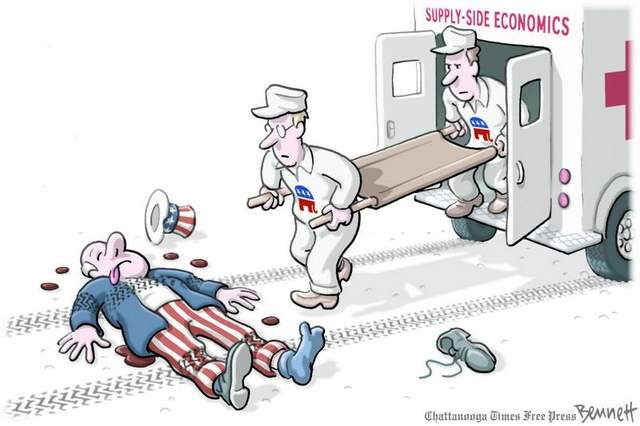 As in classical economics, supply-side economics proposed that production or supply is the key to economic prosperity and that consumption or demand is merely a secondary consequence.

Supply-side economics has been criticized as essentially politically conservative.

Supply-side advocates claim that they are not following an ideology, but are reinstating classical economics.

Some economists see similarities between Supply-side proposals and Keynesian economics.

If the result of changes to the tax structure is a fiscal deficit then the ‘supply-side’ policy is effectively stimulating demand through the Keynesian multiplier effect.

Supply-side proponents would point out, in response, that the level of taxation and spending is important for economic incentives, not just the size of the deficit.