The Oldest Military Treatise in the World!

The Priciples of Warfare:
Calculations!

Warfare is a great matter to a nation;
it is the ground of death and of life;
it is the way of survival and of destruction,
and must be examined.

Therefore, go through it by means of five factors;
compare them by means of calculation,
and determine their statuses:

Heaven is dark and light, cold and hot, and the seasonal constraints.

Ground is high and low, far and near, obstructed and easy, wide and narrow, and dangerous and safe.

Law is organization, the chain of command, logistics, and the control of expenses.

All these five no general has not heard;
one who knows them is victorious,
one who does not know them is not victorious.

Therefore, compare them by means of calculation, and determine their statuses. 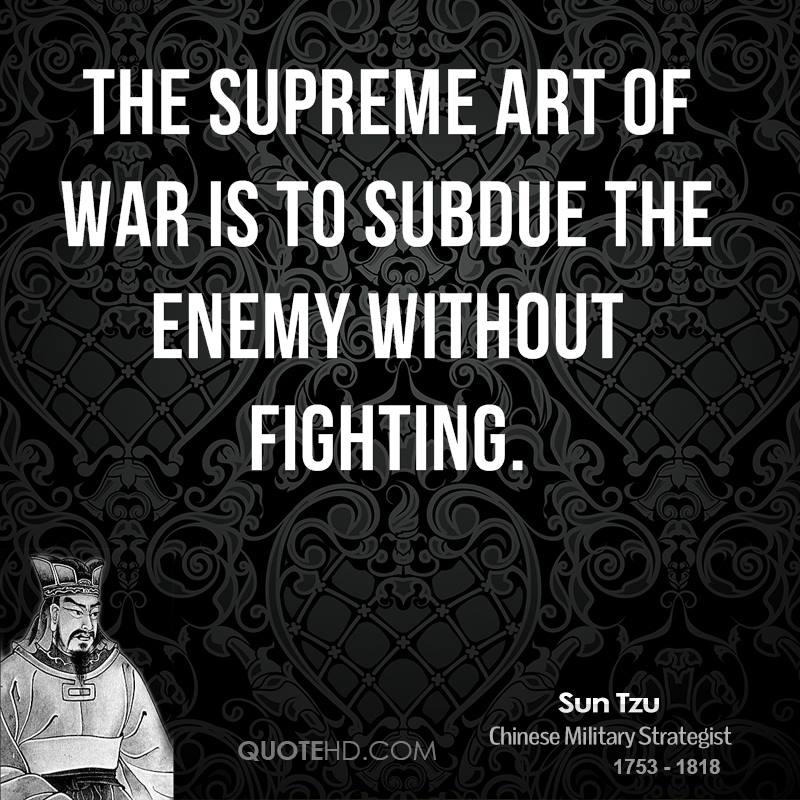 Which ruler has the Way.

Which general has the ability.

Which has gained Heaven and Ground.

Which carried out Law and commands.

Which army is strong.

Which officers and soldiers are trained.

Which reward and punish clearly, by means of these, I know victory and defeat!

A general who listens to my calculations, and uses them, will surely be victorious, keep him.

A general who does not listen to my calculations, and does not use them, will surely be defeated, remove him.

Calculate advantages by means of what was heard, then create force in order to assist outside missions.

Force is the control of the balance of power, in accordance with advantages.

Warfare Is the Way of Deception:

Therefore, if able, appear unable,
if active, appear not active,
if near, appear far,
if far, appear near.

Attack where they are not prepared, go out to where they do not expect.

This specialized warfare leads to victory, and may not be transmitted beforehand. 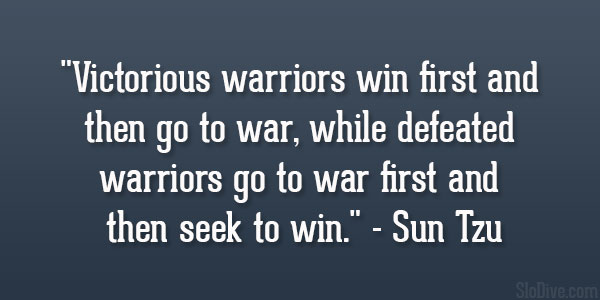 Before doing battle, in the temple one calculates and will win, because many calculations were made.

Before doing battle, in the temple one calculates and will not win, because few calculations were made.

By means of these, I can observe them, beholding victory or defeat!

*** If you think that war has casualties then …

What do you think about day trading in stocks?

Sun Tzu was a military general in China.
Scholars surmise he lived from 544 BC to 496 BC.

The Optimal Portfolio 02/02/2023
The optimal portfolio concept falls under the portfolio theory. The theory assumes that investors fanatically try to minimize risk while striving for the highest...

The Internet as an Investment Tool

The Internet as an Investment Tool 01/02/2023
As increasing numbers of individuals take the fast-moving information superhighway, the Internet promises to revolutionize how our society works. Currently, more than 1.5...

Investing in Bonds Learn All about Bonds

Bonds 31/01/2023
Bonds at their best are basically boring, which is probably a virtue! Bonds are securities representing the debt of the issuer. You're buying an...