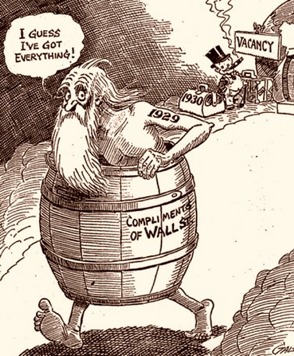 Twenty months ago you bought the XYZ stock for 100. You were right to follow your hunch with the XYZ’s. Your 100 has skyrocketed into 215 in just twenty months!

Well, this Thursday you’ve been checking the stock prices and in the newspaper the headline reads “CRASH”. You read on and discover that yesterday the stock market had dropped another 4%, not to mention the fact that XYZ’s stock value had been deteriorated to 57 …

You can’t believe it!

Twenty months of expectations and dreams, all gone, in just a few days!

What brought about this crash?

Why such a drop in such a little time?

One major reason for the crash was fear!

Fear of a correction!

Fear of a drop!

Fear of being too late to get out!

The past twenty months had brought large stock increases, people had been making fortunes on the huge surges in the stock market. People began to fear that the market wouldn’t be able to go up forever, and eventually it would fall, and create what is called a correction.

The fear began to accumulate about twenty days ago, when The ABC Journal published an article entitled, “Stocks May Face a Great Correction.” It voiced fear that a correction would bring on a landslide. People began to listen, and the big fund managers began to worry and started selling. 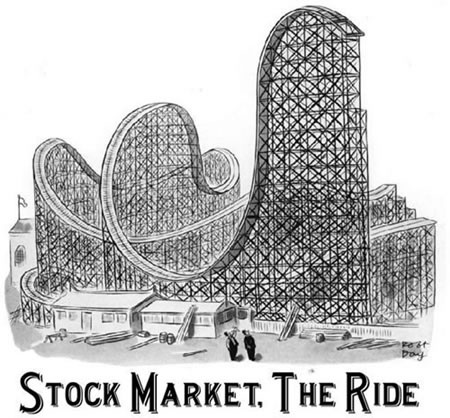 On Sunday news of a potential collapse was the straw that broke the camel’s back.

The morning of last Monday, began with a quick loss of around 7%. Although, the market did rebound a little before closing, the landslide had begun.

On Tuesday the market opened and started losing too fast to hold back! Many of the big fund managers were selling off fast the rest of their holdings!

On Wednesday the market plunged, and after the closing bell rang, there was silence between the brokers.

And the majority of them were broke!