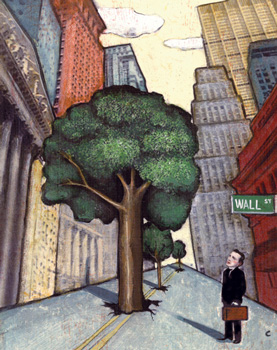 Investors who pursue a strategy of ethical or socially responsible investments are making sure that their capital is used in a manner that aligns with their personal ethical values (taking responsibility for what their money is doing to the world around them).

There are many different definitions of what it means for an investment to be socially responsible, but basically the strategy is to avoid companies that damage the environment! (either by treating nature or people poorly), and to favor companies that provide positive goods and services.

Socially Responsible Investing is not in any way a new idea.

Adam Smith himself was concerned about the issue, and the anti-trust and 19th century child labor debates hinged on the same basic issues.

One of the simplest examples of a socially responsible investment is one that avoids so-called “sin” investments, namely companies that are involved with liquor, tobacco, or gambling.

However, the term is sometimes applied to banks based on their lending practices, etc.

As an example we can witness ethical or socially responsible funds and individual investors that have been moving out of tobacco stocks since the mid-1980s largely on the basis of social trends and often in the face of solid fundamentals. Many have beaten the market as a result. 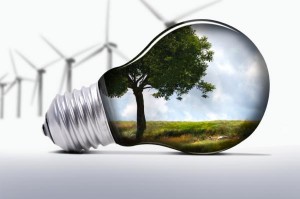 In many ways, the story of the tobacco industry and its recent investment patterns carry many useful messages for investors questioning the apparent validity of strategies monopolized by financial bottom lines and/or ethical issues.

In one sense, ethical or socially responsible investing is just like traditional investing.

1. They don’t want their investments going for things that cause harm to the social or physical environments, and

2. They do want their investments to support needed and life-supportive goods and services.