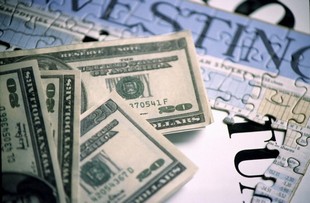 In his book, “The Grangaard Strategy — Invest Right During Retirement,” author Paul Grangaard uses the Twelve Principles of 21st-Century Retirement Investing to offer readers an important new way to look at their financial affairs after they stop working.

The first three principles address some of the new realities faced by today’s retirees.

Principle #1
Expect to Outlive the Averages

Since almost half of the people reaching age 65 today will live beyond an average life expectancy, it’s very dangerous to use averages in your own individual planning!

Because people are living longer today, it’s more important than ever to account for inflation and the possibility of fluctuating lifestyle expenses. It’s simply not good enough any more to plan for a fixed amount of income throughout retirement.

Principle #3
Create Dependable Income for the Rest of Your Life

As Grangaard says early on, “When you get to retirement, you have to be prepared to replace your paycheck as soon as you stop working.”

The next four principles address some of the most important overall financial concepts.

Principle #4
Count on Compounding During Retirement

Of course, compounding is key to accumulating assets for retirement, too — but when you’re living longer during retirement, it’s just as important over the last 20 or 30 years of your life.

Principle #5
Invest in the Right Stuff

You need to have the right amount of money set aside in lower-risk assets to replace your paycheck, but you also need to have enough invested in growth-oriented investments to take care of your income later on. As Grangaard puts it, “You have to know how to thread the financial needle.”

Principle #6
Is “Be a Long-Term Investor During Retirement:”

If you decide to invest some of your assets to go after higher rates of return, you’ll need to be able to manage the risk of taking a more aggressive investment posture — and having a long-term planning horizon can really help.

Principle #7
Know When to Sell

During retirement, most people will be overall sellers of stock market investments, since they’ll have to use the proceeds to generate the income they need to live on. In fact, the real value of being a long-term investor in retirement is that you’ll have more time to figure out when it’s a good time to sell.

The following three Principles, #8, #9 and #10, address some of the other key issues important to all retirement investors.

Diversification is important at every stage of life, and even more so in retirement. Since you will be selling stocks periodically to get more income to live on, having a well-diversified portfolio will make it more likely that you will always have something in a good position to sell whenever you need to.

Reducing income taxes is an important part of any investment strategy, and it’s particularly important during retirement. You can’t afford to pay taxes too soon, because you’ll be giving up too much future growth — and therefore, too much future income as well.

In fact, “The goal of effective retirement planning,” says Grangaard, “is to live better during the day while sleeping better at night. Having a plan,” he says, “is the key to being able to do that.”

While Grangaard offers a lot of information, theories and strategies, there is also a practical sense of urgency and a plea for action throughout the book. “It’s never too early and it’s never too late to do your retirement planning,” he says, and then wraps it all up by suggesting that “Most people don’t plan to fail, they simply fail to plan!” 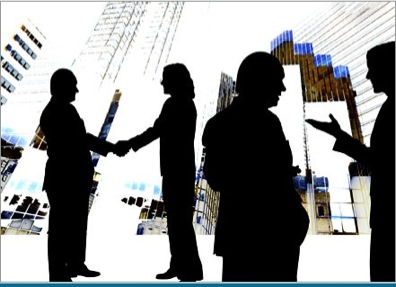 Every day we hear new stories about the financial crisis facing older people.

It seems like every time you think things can’t get any worse, something else comes along to make the situation even more precarious. And while the current state of affairs is certainly cause for concern, today’s retiree’s also need to stay focused on the long term.

“One of the biggest mistakes people make,” says Paul Grangaard, “is to plan for average life expectancies in retirement. People are living much longer today than in the past,” he says, “and they have to plan that way too.”

“Never before have so many people retired so early, lived so long, and been so completely on their own,” notes Grangaard. “The aging of people and the accelerated growth in self-managed retirement accounts plans has set the stage for a financial catastrophe,” he says.

“And yet, many retirees continue to plan as if they are only going to live to an average age of 85 — which is clearly a dangerous strategy for many of them,” says Grangaard. “We all have to plan to live longer than average — or about half of us will be planning to run out of money too soon — we just don’t know which half.”

You have to protect yourself against inflation during all these retirement years. “In fact,” says Grangaard, “Inflation, even at the modest rates we’re seeing today, is one of the biggest challenges facing retirement investors — because even at today’s lower rates, over 25- or 30-year retirement periods, inflation can be absolutely devastating.”

He goes on to say that a typical retiree will have to at least double their income over a normal 30-year retirement period, just to maintain a similar lifestyle.

And, if they use a slightly more conservative inflation rate, they will probably have to do considerably better than that.

The bottom-line for today’s retirees is that they have to plan to live longer while protecting themselves against inflation the whole time!

The good news is that despite what’s been happening recently, it’s never too late to start improving your financial situation.

You can take control of your future and start recovering today, while also keeping a watchful eye on the future.

Overpriced Stocks 27/09/2022
“Large increases in cost with questionable increases in performance can be tolerated only in race horses and women.” Lord Kelvin Cost always matters! Purchase price, more than...

Investing Education 22/09/2022
Alternative investments include private equity or venture capital, hedge funds, managed futures, art and antiques, commodities, and derivatives contracts and they do not include...

Investing and Investment Education and Tutorial 19/09/2022
Non-fungible tokens aren't actual cryptocurrencies in the same sense as Bitcoin. Cryptocurrencies utilize blockchain for its ability to track financial transactions between parties and were...