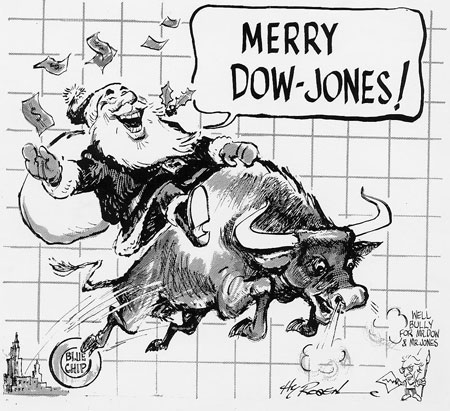 A robber shoved a note under a bank teller’s window which said, “I’ve got you covered. Hand over all the money in the cage and don’t say a word.”

The teller opened the cash drawer and wrote something down. Then he closed the drawer and returned the note to the robber.

On the back he had written, “Kindly go to the next window; I’m on my lunch hour.”

What’s the difference between an economist and a befuddled old man with Alzheimer’s?

The economist is the one with the calculator.

If one side has one, the other side has to get one. Once launched, they cannot be recalled. When they land, they screw up everything forever!

Two little boys, Jack and Tom, were sitting in the park talking.

“What kind of work does your Daddy do?” Jack asked.

“My Daddy’s a teacher,” Tom replied. “What does your Daddy do?” “He’s a stockbroker,” Jack said.

“Honest?” asked Tom. “No, just the regular kind!” Jack replied, with a shrug.

Dummies rarely claim to be financial wizards, but they do know some basic terms and principles: 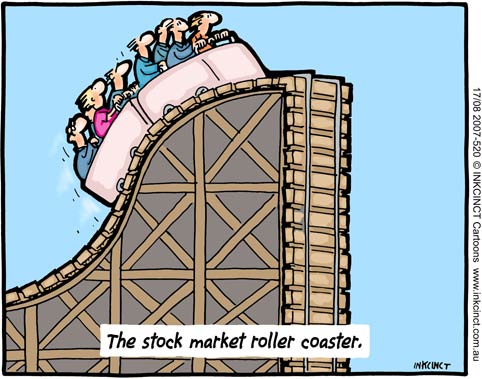 The most successful financier was Noah:

He floated stock, while everything around him went into liquidation.

The most succesful female financier was Pharoah’s daughter:

She went to the Nile bank and floated a prophet.

A crooked stock broker was in court for cheating thousands of people out of their hard earned money with an elaborate investment fraud scheme.

The District Attorney asked him how many people he had cheated, and the defendant, even with all the proof against him, replied, “None.”

Surprised at the answer, the DA said, “Do you know what the penalty is for perjury sir?”

“I do as a matter of fact, and it’s a lot less than the ones I’m currently facing,” said the broker with a grin.

You can prove everything with stock market analysis and you can always find something good (or bad) to say.