The unemployment rate measures how many people in a country are out of work.

It is the share of the labor force that is jobless, expressed as a percentage.

Unemployment generally rises or falls in response to changing economic conditions, making it a lagging indicator.

When the economy is in poor shape and jobs are scarce, the unemployment rate will rise.

When the economy is growing at a healthy rate and jobs are relatively plentiful, it can be expected to fall.

The ratio is expressed as a percentage.

Some have criticized this measure for not accurately reflecting the employment picture of a country. 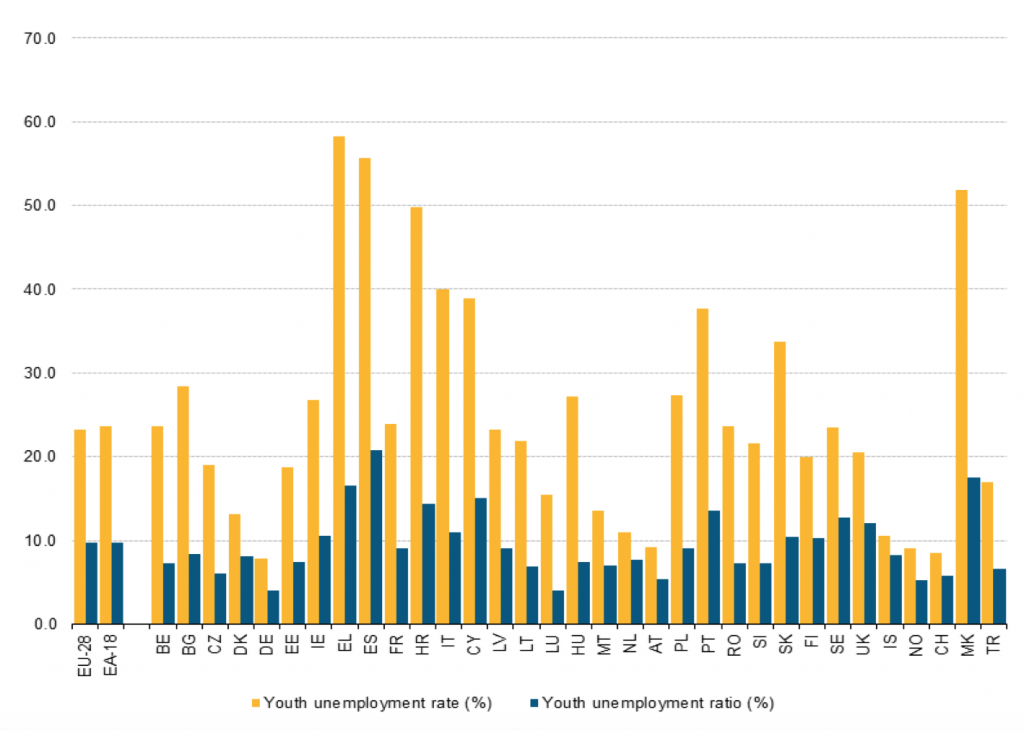 Some discouraged workers that have given up looking for work would probably like to work but have lost hope.

A more inclusive unemployment measure that includes discouraged and part time workers is the U6 unemployment figure, and this is typically quite a bit higher than the headline rate.

Unemployment in a growing economy is never actually zero percent.

Full employment is a situation where all available workers in the labor force are being used in the most efficient way possible.

Full employment embodies the highest amount of skilled and unskilled labor that can be employed within an economy at any given time.

Any remaining unemployment is considered to be frictional, structural, or voluntary.