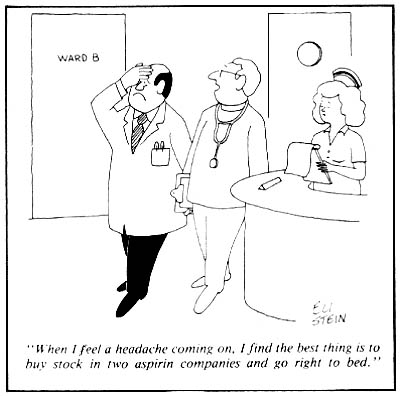 A minister dies and is waiting in line at the Pearly Gates.

Ahead of him is a guy who’s dressed in sunglasses, a loud shirt, leather jacket, and jeans.

Saint Peter addresses this guy, “Who are you, so that I may know whether or not to admit you to the Kingdom of Heaven?”

The guy replies, “I’m Joe Cohen, stockbroker, of Noo Yawk City.” Saint Peter consults his list. He smiles and says to the stockbroker, “Take this silken robe and golden staff and enter the Kingdom of Heaven.”

The stockbroker goes into Heaven with his robe and staff, and it’s the minister’s turn.

He stands erect and booms out, “I am Joseph Snow, pastor of Saint Mary’s for the last forty-three years.”

Saint Peter consults his list. He says to the minister, “Take this cotton robe and wooden staff and enter the Kingdom of Heaven.”

“Just a minute,” says the minister. “That man was a stockbroker — he gets a silken robe and golden staff but I, a minister, only get a cotton robe and wooden staff? How can this be?”

“Up here, we work by results,” says Saint Peter. “While you preached, people slept; his clients, they prayed!”

The stock market was in a terrible state…

One day the Dow Jones was unchanged and they called it a rally!

How to make a million in the stock market?

It was so cold today I saw a stockbroker with his hands in his own pockets.

Feudalism: You have two cows. Your Lord takes some of the milk.

Fascism: You have two cows. The government takes both, hires you to take care of them, and sells you the milk.

Communism: You have two cows. Your neighbors help take care of them and you share the milk.

Militarism: You have two cows. The State takes both and drafts you.

Mafia: You have two cows. You give one to the Godfather on the day of his daughter’s wedding. In return, he doesn’t have your legs broken.

Totalitarianism: You have two cows. The governement takes them both and denies they ever existed and drafts you into the army. Milk is banned.

Capitalism: You have two cows. You sell one and buy a bull. Your herd multiplies, and the economy grows. You sell them and retire on the income. 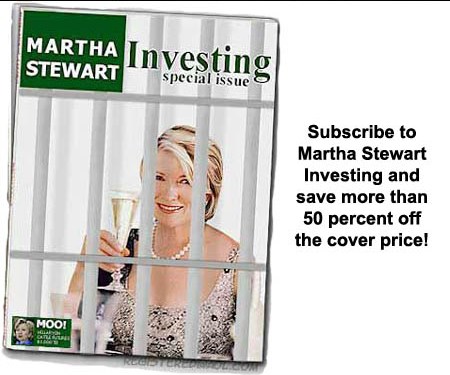 Resolving to surprise her husband, an investment banker’s wife pops by his office.

She finds him in an unorthodox position, with his secretary sitting in his lap. Without hesitation, he starts dictating, “…and in conclusion, gentlemen, credit crunch or no credit crunch, I cannot continue to operate this office with just one chair!”