When Bank of America initially introduced the first credit card in 1958 it created the concept of modern consumer.

The availability of credit has transformed how consumers shop and budget their finances, to the point that the typical consumer now holds a substantial amount in revolving credit.

Bank of America’s innovation was to provide credit itself and to assure an array of retailers that they could confidently accept “plastic” instead of cash.

Most people are paid at predictable intervals, usually one to four times per month.

Purchases, however, do not always follow a similar pattern.

Merchants generally demand the full purchase price up front, even for goods like clothing that are used over a long period of time.

Most people attempt to smooth their consumption over their lifetimes.

That is, people prefer to have a fairly constant stream of disposable income since, at any given time, an additional amount of income is valued less than the amount that came before it.

Credit cards allow this consumption smoothing, not only over a lifetime but also in the last few days before each payday.

The easy availability of credit is a mixed blessing, however.

The original opponents of credit cards decried “the thought that debt will replace thrift.” 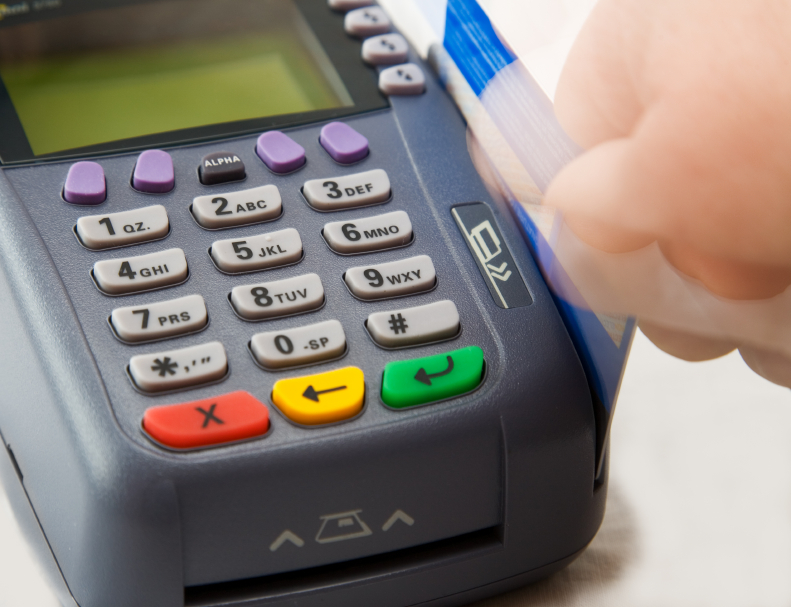 Their fears have been validated: the saving rate is now negative and personal credit problems are more common as they were a few years ago.

The credit quality cycle, which mirrors the overall economic cycle, has been exaggerated by the easy availability of credit.

Credit cards have certainly increased the ability and temptation for people to spend beyond their means.

The relatively high interest rates charged by most credit cards only add to the problem.

Despite hurting saving and personal bankruptcies, credit cards have been essential to the increasing efficiency of retailing and of consumer finance.

Credit cards are both a symbol and enabler of our modern consumerist economy.