Because there can be problems in dealing in unfamiliar foreign markets, Depositary Receipts were devised as a method of trading international securities (equity or debt) within the U.S.

This involves depositing the ordinary securities from the foreign market with a bank (called the depositary), who will then issue certificates in the U.S. that represent (and are backed by) the deposited securities.

The Attractions of ADRs

Trade and settlement is similar to any other U.S. security and quoted prices and dividends are in U.S. Dollars.

Because of the above, investment by funds and institutions is possible, where perhaps they would otherwise be prevented from investing directly in foreign markets.

Investing directly in international securities may incur global custodian fees – these are not required with ADRs.

ADR prices and liquidity will track very closely the underlying security as any deviation will be quickly corrected by traders exploiting an easy arbitrage opportunity.

Although ADRs may have been devised originally for U.S. investors, all of their attractions can be equally applicable for foreign investors.

For example, an investor in Kuwait may be interested in buying shares in Telefonica De Argentina, in which case the U.S. traded Depositary Receipts may be more attractive than dealing direct in the Argentine market.

In addition to the advantages above, the investor would be able to look at price history charts and follow real-time prices (as with any other U.S. security), transaction fees could be less and the foreign currency investment may be more competitive than converting funds to Argentine Dollars directly.

The Types of ADRs

A similarity obviously exists between ADRs and covered warrants (or OTC options). As with the latter, there is frequently nothing to stop anybody buying some shares in a company and then issuing Depositary Receipts representing those shares – without consulting, or acting with the accord, of the company.

These are termed Unsponsored Depositary Receipts, and in the early days of the ADR market they were quite common.

Today, however, nearly all ADRs are sponsored, whereby companies sign a Deposit Agreement with a bank acting as the depositary.

There are a few different types (or levels) of ADRs:

This is the simplest method for foreign companies to issue tradable securities in the U.S. markets.

The ADRs are not listed, and are traded over-the-counter (OTC). The attraction to the companies of not listing is that they do not have to adapt any reporting procedures to comply with U.S. Generally Accepted Accounting Principles (GAAP) or Securities and Exchange Commission (SEC) disclosure. 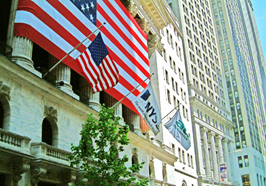 If the company wishes the shares to be listed then they have to satisfy the procedures mentioned above, and further comply with the listing rules of whichever exchange they choose.

This stage actually comprises many different levels, depending on the type of visibility the company desires – and therefore the type of listing they choose.

Instead of publicly traded securities, a company may wish to make a private placement to large institutional investors in the U.S. (which will not require SEC registration).

There are now over 1,600 ADRs from over 50 countries; and the majority of these are OTC (Level 1 type). In many cases the ADRs may constitute 5-15% of the total shareholder base for a company.

The depositaries for the ADRs tend to be concentrated among a very few banks; the most active of which is the Bank Of New York, which acts as a depositary for approximately 60% of all issues.

Looking to do a little International bottom-fishing?

J.P. Morgan’s new site, ADR.com, will give you the information you need. With an ADR you can buy shares of foreign companies on the U.S. exchanges. You can search the database by company, country or exchange.

Each company listing provides detailed information, including earnings estimates, historical performance and closing prices. You can even compare ADR performance by region or by industry.