An investor takes an amount of money out of his pocket and buys some stock. He thinks he still has that much net worth, but all he actually has is equity paper instead.

If the price of the stock goes up he thinks he has more net worth. He can even use the stock as collateral to borrow more money to buy more stock!

Meanwhile, the original money he spent to buy the stock goes to the person he bought the stock from.

The stock seller might put the money in the bank where someone else will borrow it or he might buy again the same stock himself, helping to drive the price up some more.

Add up the money that everyone thinks they’ve got and it’s far more than what’s really circulating. 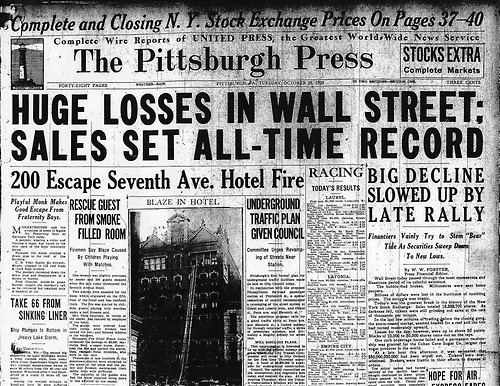 As long as the demand continues everything is fine and the apparent wealth keeps on growing!

But what will happen if a significant number of people all want to make a withdrawal at the same time?

And why do speculative markets always end in panic selling?

Think of speculators as players in a game of musical chairs.

The chairs represent the safe positions where investors wind up with cash proceeds from the sale of their securities at a high price when there are still many buyers, before the music stops.

The alternative position, standing, is where everyone else is left after the music stops! 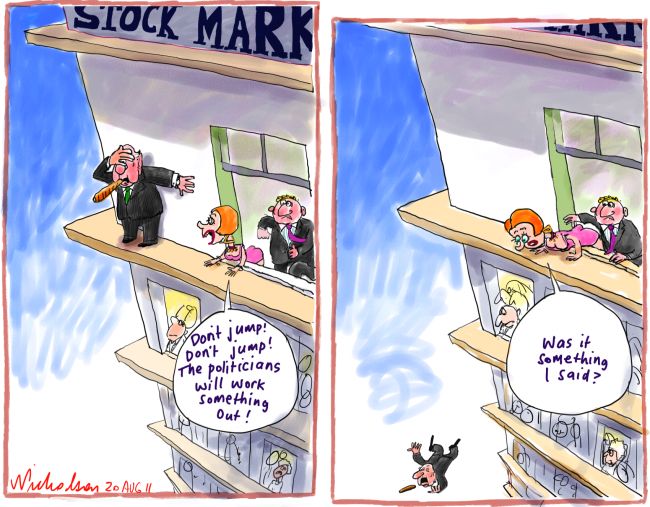 In a selling panic, there are few if any buyers!

When the game is on, the players circle the row of chairs while an orchestra comprised of financial services company employees play in concert with press reporters and editors, financial planners and other groupies who make sweet music for the investors circling the chairs.

Brokers, press agents, market analysts, and others involved in marketing and selling financial products play off the same sheet music!

Those who don’t play off the same sheet music are labeled “contrarian” and are sent off to remote sites where they can make their odd sounding music in obscurity.

But no game of musical chairs can last forever! After a while, sometimes gradually and sometimes suddenly, the orchestra begins to play off-key.

Confused and uncertain, the players look to each other for cues. Does this mean the music’s going to stop soon?

Of course, that’s exactly what it means! And at about the same moment almost all the players come to realize this. 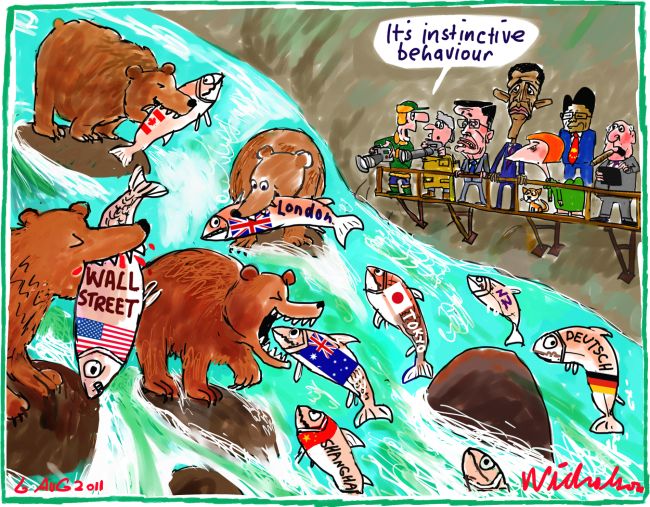 Then the orchestra suddenly stops playing and the players rush to sit down!

But there are ten players and only one chair!

If you are still around …

That means you believe either the music will never stop or that you are quick enough to beat the other nine players to that one chair!