Gross domestic product, or GDP, is one of the main indicators used to measure a country’s economic activity.

It represents the total aggregate value of all goods and services produced in a country each year, and is often equated with the size of the economy.

GDP is often measured quarterly, but expressed as an annualized figure.

For example, if 3rd quarter GDP  is reported to be up 3%, this tells us that economy has grown by 3% over the last year starting from the 3rd quarter.

In theory, both measures should arrive at roughly the same total since your spending is somebody else’s income.

The income approach, which is sometimes referred to as GDP(I), is calculated by adding up total compensation to employees, gross profits for incorporated and non-incorporated firms, and taxes less any subsidies and government transfers (such as welfare checks).

The expenditure method is the more common approach and it is calculated by adding up total consumption (C), investment (I), government spending (G), and the net difference between imports and exports (X-M). 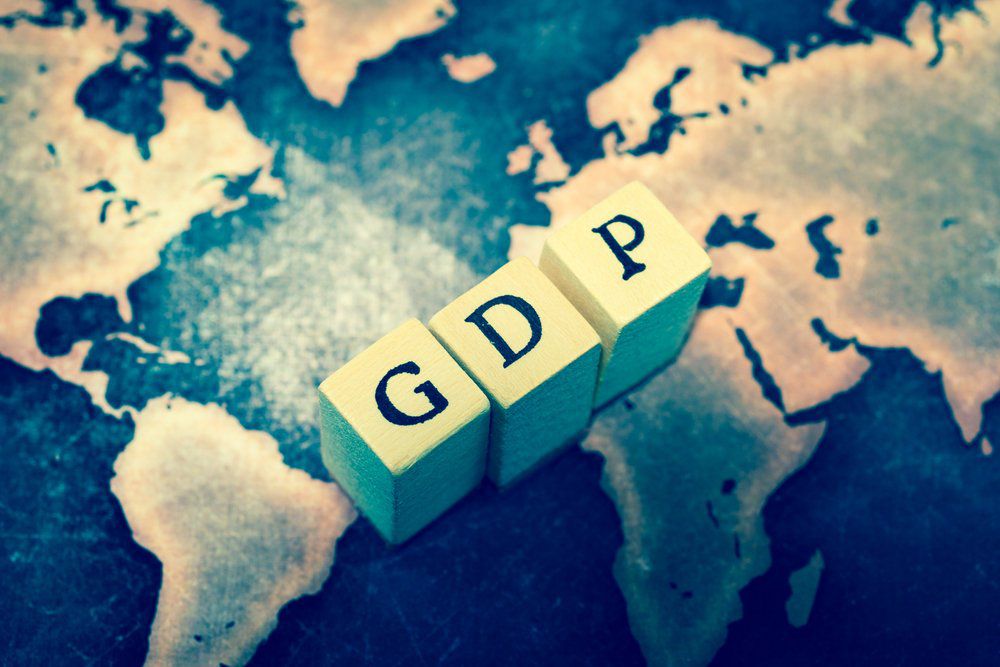 Sometimes economists express this as the GDP equation, where Y is the national income, or GDP.

Consumption is typically the largest GDP component in the economy, consisting of private expenditures on the wants and needs of a nation’s citizens.

Investment is what businesses spend on things like equipment purchases or new construction of factories.

Government spending includes items such as salaries of civil servants and government contractors, purchase of weapons for the military, and any investment expenditure by a government.

When the economy is healthy and growing, you will typically see steady increases in a county’s GDP.

If GDP falls, the economy is contracting.

Investors worry about negative GDP growth, which is one of the factors economists use to determine whether an economy is in a recession.

The rule of thumb is that two consecutive quarters of shrinking GDP is the signal for a recession.