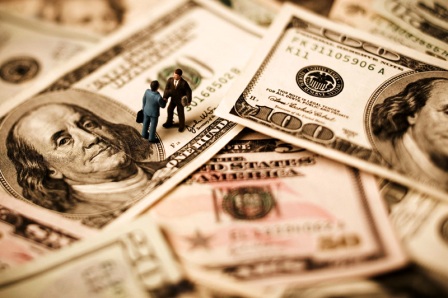 Like options, LEAPS are traded publicly and represent the right to buy or sell an underlying stock at a predetermined price.

But unlike options, which have expiration dates measured in months, LEAPS expire in a matter of years. That means that LEAPS let investors make long-term plays long after options would have expired.

As with regular options, LEAPS plays aren’t relegated to individual stocks — they are also available for major indexes like the S&P 500 and the Dow, and are now available for sector groups.

What’s so Great about LEAPS?

So what’s so great about having options that last for more than one year?

Well, for starters, having more time until expiration means that any movements the underlying stock makes can grow to be a lot bigger than anything you’d see with shorter-term options.

In other words, you’ve got a whole lot more gain potential with LEAPS than you do with plain options.

Because of this, LEAPS are an excellent way to make long-term leveraged plays on most widely held stocks. Because purchasing $1 of LEAPS gives you several dollars of investment leverage, going long with LEAPS is a popular way of making bets on a stock.

One of the best ways to achieve this over a longer period of time is by using “rolling LEAPS.”

Even though LEAPS offer longer expiration dates than regular options, it may not be enough time for your investment to come to fruition. That’s where rolling LEAPS come in.

With rolling LEAPS, you roll over your LEAPS when they expire by selling your current LEAPS holding and buy the equivalent one with a later expiration date.

Theoretically, you can roll over your LEAPS indefinitely.

Remember, though, that every time you roll your LEAPS over, you’ll have to pay for the new ones, meaning that if you do it for long stretches, your investment had better be going up enough to cover the cost of the LEAPS options!

Like options, LEAPS are also a great way to hedge the stock holdings in your portfolio — especially the ones you’re planning on holding for the long term.

What’s NOT to Love?

Like most things, LEAPS don’t come without a caveat !

Since they give you more time to realize your gains, it stands to reason that LEAPS can cost more than traditional options do.

If you don’t plan out your investment predictions well enough, a few bad LEAPS buys could end up cutting into your portfolio performance.

But even though LEAPS aren’t a foolproof investment tool, they can put you “LEAPS and bounds” ahead of the competition if used well.