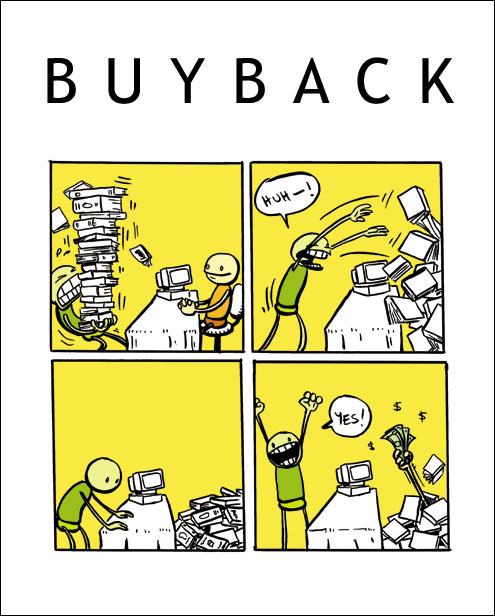 With the unwinding of the latest great bull market, shareholders are increasingly demanding that companies do more to shore up share prices.

Many companies have responded and have slashed costs and improved margins in the face of flat revenues and a sluggish economy.

With slow or even no-growth prospects, companies have also cut down on the normal capital expenditures that are normally required for future expansion plans.

These measures have all been healthy for the balance sheet. But generally, stock prices respond more to expectations of growth than they do to strong balance sheets and share prices in many cases have continued their fall.

What to do then to give the shareholder value?

The traditional way of distributing profits, especially in traditionally no – or low – growth industries like utilities, has been with the stock dividend.

But stock dividends have been on the decline since the 70’s, when about two thirds of S&P 500 companies paid a dividend. Now only about 20% do.

Dividends have been unpopular and companies abandoned them increasingly in the 80’s and 90’s when shareholders saw that share price returns accounted for the vast majority of gains.

Companies in turn saw this as the excuse for not offering dividends – arguing that money spent on dividends was better spent on growing the business. 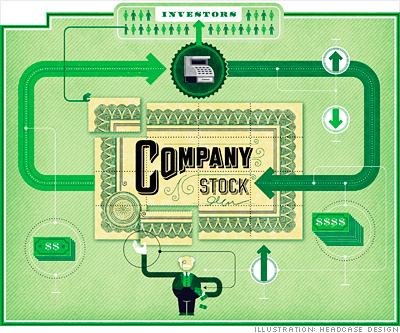 A buyback strategy is a simple way for a company, even one that is not growing, to increase the value of each share!

The idea is this: A company buys back shares from public stockholders and “then simply gets rid of them!”

Once this is done, each share that is left then represents ownership of a larger slice of the company pie and should therefore increase in value, all other factors being equal.