An examination of the majority of the popular financial media turns up little of value and little intelligent content at all.

In fact, part of what the popular financial media puts out could properly be called “economic pornography!”

It’s not only bad for your wealth, it has no redeeming value at all!

What is the media up to?

It would be a mistake to believe that they are on a mission to educate the public!

Rather, their mission is to sell papers, airtime, or magazines. Any educational value that might result is just a simple and happy coincidence.

Anyone who has ever watched television, listened to radio, or browsed the newsstand might reasonably conclude that the media have an indeed very low opinion of the general public’s intellect.

Their general credo is:

“No one ever went broke by underestimating the public.”

Their working philosophy is:

“Give’em what they want; don’t make them think; dumb it up as much as possible, and stick to winning formulas!”

But the media has another problem too: The relentless pressure to come up with new stories every day, and while there is a limited number of good ideas to explore, there is an unlimited demand to fill time or columns.

The media solves this problem by carefully selecting the themes they wish to cover.

For instance, Modern Portfolio Theory (MPT) is considered too complicated for the public to follow. Not only is it sort of dull, it has a limited number of things that can be said about it and it lacks a human interest angle.

All in all, it’s not a subject likely to sell a lot of airtime or papers. Worse yet for radio or television, it takes a little thought and can’t be reduced to twenty-second sound bites. It shouldn’t surprise you that the media isn’t full of stories about MPT.

On the other hand, because there is a new market closing every business day, there is an unlimited number of people that would just love to be interviewed and give their “expert” opinion.

It doesn’t matter whether they are right or wrong, or even have a clue of what’s really going on!

They just fill time and/or space and give the impression of juicy details and maybe even insider knowledge.

“Who knows why the market went down today? Markets do that every once in a while.”

“Investors should buy a properly balanced diversified portfolio and forget about it.”

How many times do you think that person will be invited back?

Where Is the Excitement?

In many cases the media isn’t exactly a repository of virtue. Their mission isn’t truth, it’s spin!

Their interest is in getting their “client’s” story out into the media, with enough media coverage able to validate almost any questionable idea.

For a “reasonable” price, they will even tell you that tobacco is great for you and your health!

For a variety of reasons, bad advice is far more profitable than good advice.

Take a look at who pays for advertising on television, radio, magazines, and newspapers. You don’t really expect the media to savagely maul the hand that feeds them, do you? 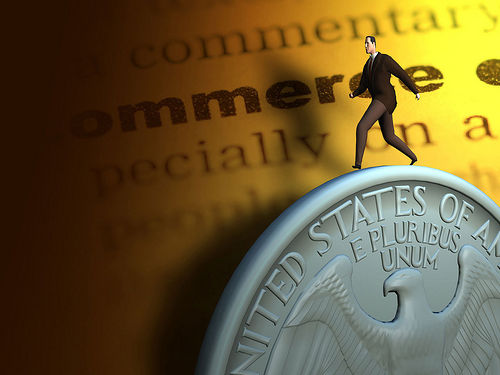 One of the earliest and most successful idea is that if you tell a big lie often enough, people will begin to believe it!

The financial media people have taken that interesting concept one brilliant step further. By taking a number of absolutely true facts and mixing them with a little innuendo, they have been able to create big lies!

Financial media is not always fair, objective, or impartial. While the various Commissions complicate the lives of financial media by requiring correct documentation and fair disclosures, financial media has found that it can still convey distorted messages.

On the other hand, you will be hard-pressed to find one outright lie. While each fact has been extensively researched and verified, it is the emphasis and small inflated details that manage to pass on the false image.

Economic theory has evolved rapidly in the last years and many reporters haven’t done their homework. Then again, they don’t need to; it’s too easy to interview people and quote on yesterday’s market close.

Of course, the really bright reporters quickly find that financial theory doesn’t worth their time. 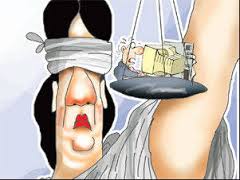 There are lots of really bright reporters who could teach courses in economics. But they are trapped into covering the same old stories the same old way!

That’s what the people want, expect, and pay for!

That’s not only what sells …

It’s what advertisers want and pay for!

There is a whole industry out there that gets paid very well for filling your head with garbage!

Investors have got to realize that this type of commentary is worth far less than zero!