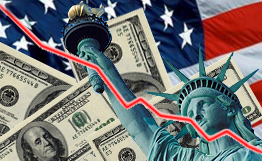 Regardless of claims to the contrary, securities markets are non-partisan!

What impact is the outcome of the presidential election likely to have on your investment portfolio?

In the short run, you’ll probably be hard pressed to tell.

There’s no evidence to back up the claims that markets are stronger when one party controls the White House and weaker when the other does – no matter which side is making that claim.

So once the ballots are counted and the decision is final, election speculation will no longer be a factor in whether to buy or sell.

Investors will be reacting to other forces, and whether markets go up or down will depend on the same influences that affect them in non-election years.

In the long run, though, the agenda that the president brings to office can have a major impact on a broad range of issues that can affect investors directly and indirectly – regulation, budget priorities, international trade, energy, and tax policies, to name a few.

Success in translating many of those goals to action, of course, is linked directly to whether or not the House and Senate are controlled by the president’s party.

When one party is in control, sweeping changes can typically be made more quickly than if the balance of power is divided between the executive and legislative branches.