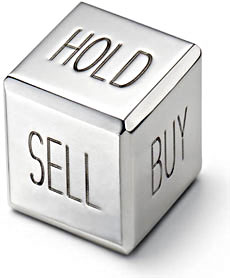 Many people believe that buy and hold is the best strategy to employ for the long term.

However, over a period of couple of years, a person who buys 100 XYZ shares at 100 each, sees them rise to 140, sees them decline to 70, and then rise back up to 135, he is not getting an overall return as good as he thinks.

What he has lost is the opportunity cost associated with the down period of time!

However, the return over the same period would have been much greater, if the investor had sold the securities and then bought them back at a lower price.

This works whether the investor takes the cash proceeds from the sale and puts them to work in a savings account, or any other investment.

Of course, the overall return will vary depending on the alternative investment and the prices at which the transactions are executed.

The reason for the return being greater is because in the middle years the investor did not suffer the drawdown he did in the buy and hold example. And he was able to purchase more than 100 shares the next time he bought XYZ.

Instead of the drawdown he received an extra positive return, because he had the cash available when XYZ did turn around and begin to climb back up. 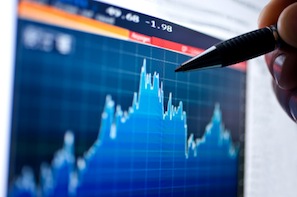 Therefore, he was able to invest the entire proceeds in more than the original 100 shares.

Nevertheless, the return is still superior to the buy and hold strategy!