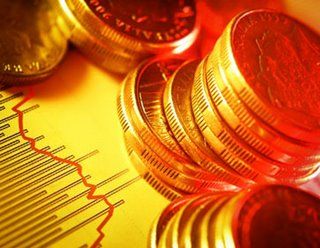 OCO ORDER: Orders that if one is executed, the other is automatically cancelled — one cancels other.

OVERNIGHT: A position that remains open until the start of the next business day.

PIP or POINTS: Price Increase Point (PIP) is the term used in currency market to represent the smallest incremental move an exchange rate can make.

POSITION: A position is a trading view expressed for buying or selling. It refers to the amount of a currency either owned or owed by a trader.

PREMIUM: Is the amount of points added to the spot price to determine a forward or futures price.

QUOTE — BUY: The price at which you can buy currency from the dealer.

QUOTE — SELL: The price at which you can sell currency to the dealer.

ROLLOVER: Refers to a process of reinvesting in which at the expiry the settlement is postponed until a later date. The cost of the process is measured by the interest rate differential between the two currencies. Rollover also refers to the rate many dealers will charge customers to carry positions overnight.

SHORT POSITION: Position where profits are made by a decrease in price.

SLIPPAGE: Difference in points between the order price and the price the order is filled at.

SPREAD: Differences between the sell and the buy quotes.

STOP-ENTRY ORDER: Orders that buy above the market and/or sell below the market at a pre-specified level.

STOP-LOSS ORDER: Orders that try to limit losses at a pre-specified level

SWAP: When a trader exchanges one currency for another, holding it for only a short period. Swaps are typically used to speculate on interest rate movements. It is calculated using the interest differentials between the two currencies.

TICK: Is the minimum change of a price.

VOLATILITY: Refers to the tendency of prices/variables to fluctuate over time. It is most commonly measured using the coefficient of variation (the standard deviation divided by the mean). The higher the volatility, the higher the risk involved.

WHIPSAW: Term used to describe sharp price movements and reversals in the market. A whipsaw would be if shortly after you bought prices plummeted.

WHISPER NUMBER: Analysts’ whisperings because “whisper number” estimations are not originally intended for general public knowledge, initially to be used for an investment advantage by the analysts’ bank. Whisper numbers typicaly percolate to the public through the “grapevine.” On average, Whisper Number does not possess the feature of better scoring rate that the original concesus number. Whisper Number can sometimes have similarly nepherious effect of a Rumour.