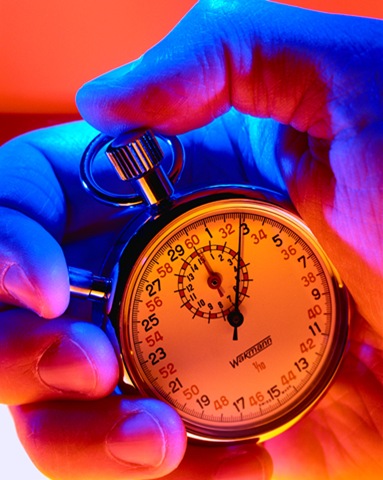 It has become accepted wisdom in financial circles that it is impossible to consistently “time the markets.”

This has resulted partly from the theoretical academic arguments that no one can have such an advantage (legally!) in their “efficient markets.”

In practice, the complexity of modern financial markets means that it is very, very difficult to predict the vast number of variables that can affect the markets.

Who knew that Iraq’s president Saddam Hussein planned to invade Kuwait in 1990 and the price of oil would soar? What about the USA today? Will they really invade Iraq?

An investor predicting the unification of Germany and its resultant affect on the capital markets would have been shipped to the funny farms only a couple of years before it happened.

It is possible to establish a valuation level for the markets. Compare these tasks:

A small company might have a few competitors, a known product line and good management.

The cash flows can be identified and assessed.

Even so, where we can value this company, its stock might not be appropriately valued for years and its future prospects depend on the economy in general.

What about the market overall?

Who is the management?

What are demographics doing to demand?

What about international considerations?

That is why most market mavens have only just one or two great predictions before they are hopelessly out to lunch in the forecasting wilderness!

It is virtually impossible to do it consistently!

Most good market strategists only try to identify “extremes” when things are very overvalued or undervalued.

They stay invested or with cash until these periods, knowing the smaller swings are “noise” that usually work themselves out.

Even so, staying in cash until the eventual crash or invested until the upswing gets harder and harder as the markets run ahead or sink.

Usually, the final charge of the bull market results in public “bears” being hopelessly discredited and throwing in the towel at exactly the wrong moment!